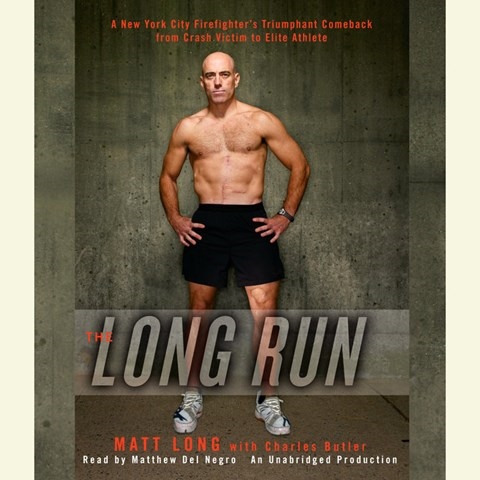 Matthew Long’s turning point came on a December morning in 2005, when a horrific accident changed his life. Listeners will hear about how the New York firefighter and marathon runner was literally hit by a bus on his way to work, an accident that resulted in the possibility that he might not walk again, let alone run. Rather than give up, he set his sights on the 2008 NYC Marathon, using the same grit and courage that propels firefighters into burning buildings to effect his recovery. While Matthew Del Negro doesn’t have the classic Brooklyn accent, his delivery of Long’s amazing comeback is fully engaging. His voice credibly expresses Long's many emotions—from the frustrations of coping with his injuries to the rigors of running 26.2 miles. Non-runners will want to start, runners will want to add distance to their workouts, and all will be inspired as they root for Long. M.B. © AudioFile 2011, Portland, Maine [Published: JANUARY 2011]