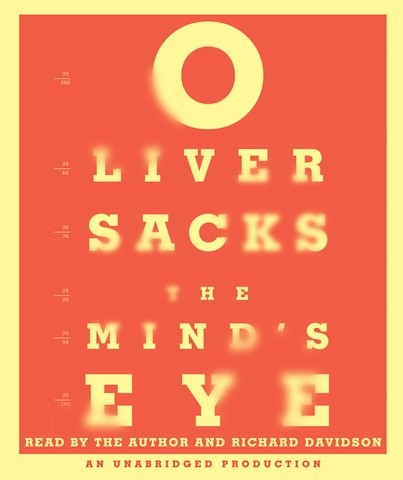 Neurologist Oliver Sacks recounts his diagnosis of an ocular tumor, his treatment, and the eventual loss of most of his vision in that eye. As a result, his world loses dimension and becomes, essentially, flat. Sacks delivers the personal portion of the book. His measured tones and control contrast with the poignancy of his accounts of how he learned to adapt. Sacks also introduces case studies of others who have lost their ability to see, read, or recognize faces as a result of neurological disorders. These are narrated by Richard Davidson, whose careful and steady narrative style matches that of Sacks. J.E.M. © AudioFile 2010, Portland, Maine [Published: DECEMBER 2010]