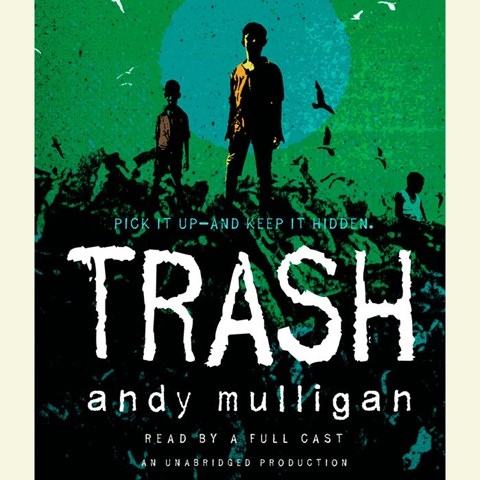 One man's trash is another man's treasure in this compelling mystery, which introduces listeners to three trash-picking boys named Raphael, Gardo, and Rat. The trio spends their days combing through mountains of garbage in an unidentified South American country. Suddenly, the police show up at the dump's squatter camp, looking for something of great value. A cast of seven delivers the voices of the boys, a priest, a prisoner, a tombstone cutter, and an American aid worker. There’s no interaction between voices; rather the story switches from character to character, giving each a first-person point of view. It's an unusual way to use a full cast, but once you begin to follow the quickly changing points of view, the overall effect has a power that draws you in. M.M.C. © AudioFile 2011, Portland, Maine [Published: FEBRUARY 2011]