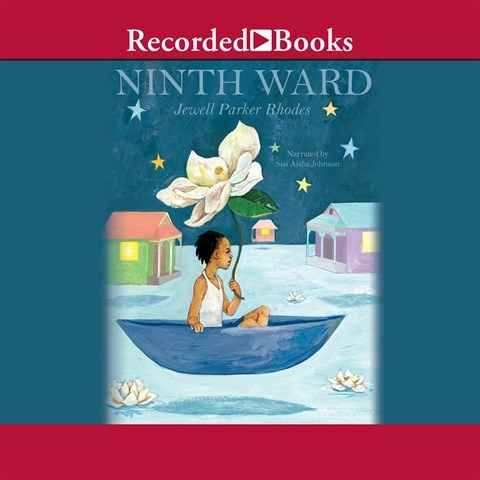 Sisi Aisha Johnson sparkles as Lanesha in this Coretta Scott King Honor novel. Classroom bullies, a favorite math teacher, new friends, and close-knit neighbors of New Orleans’ Ninth Ward are voiced in a gritty dialect. The ghosts who populate Lanesha’s life are equally real. Mama YaYa, her adoptive grandmother, has a personality larger than life, but not larger than love, for the little girl shunned by her “uptown” family. Mama YaYa predicts hurricane Katrina, but her powers are baffled by the post-storm catastrophe. Levees break, wind wails, and the Mississippi climbs the attic stairs. We hear these—not in an atmospheric soundtrack but in Lanesha’s mounting terror. The listener climbs with Lanesha and her friend, TeShawn, to the roof and beyond. M.C.T. © AudioFile 2011, Portland, Maine [Published: JULY 2011]