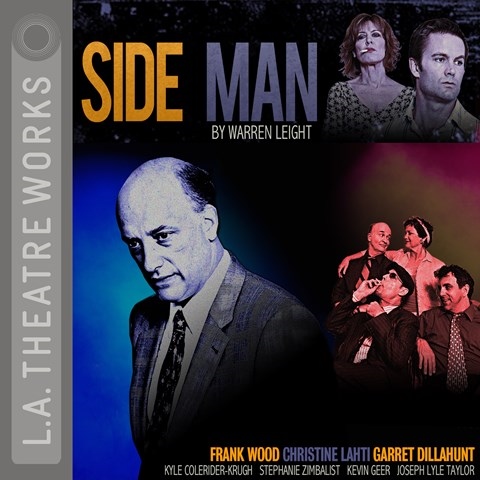 SIDE MAN is an elegy for a dysfunctional family and the end of live jazz as a musical force. Jazz trumpeter Gene, who is distant from everything but music, and his volatile wife, Terry, live through decades of poverty and turmoil, with son Clifford, the narrator, as go-between and family adult. The play has powerful moments as well as humorous lines among its wrenching incidents, black comedy, and harsh swearing. But some performances are too broad, exaggerated, or strident even for this emotionally raw play, while Frank Wood's Gene seems unrealistically impassive. We sometimes miss out by not seeing expressions and actions, and are left to wonder during silences between characters. Nonetheless, some powerful scenes and readings make the experience worthwhile. W.M. © AudioFile 2011, Portland, Maine [Published: DECEMBER 2011]