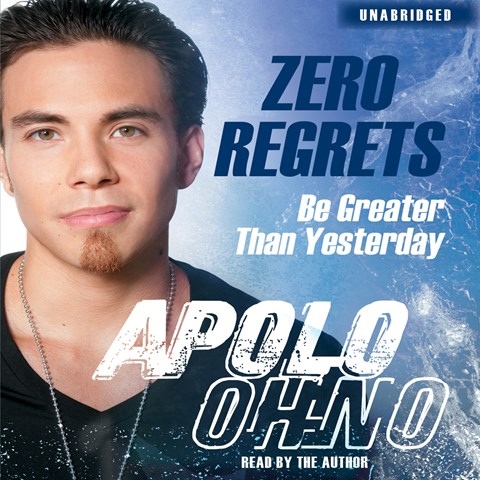 The most decorated Winter Olympian, speed skater Apolo Anton Ohno, recounts his life, starting as a rebellious teen with a supportive single father. After a period of introspection Ohno decides to train seriously, and the rest is history still being made. The prolific Olympian (he has eight medals) talks about competition, training (fascinating), controversies, and his experience on “Dancing With the Stars.” Ohno’s narration parallels his life: He starts rough, then smoothes into an enjoyable pace. He imitates voices well, including a curt British accent for a “Dancing” judge and a clipped voice for his dancing partner. A trainer has a deep-voiced tone, and his father’s Japanese accent and humor come across. The book breezes along like a short-track speed-skating race. M.B. © AudioFile 2010, Portland, Maine [Published: DECEMBER 2010]