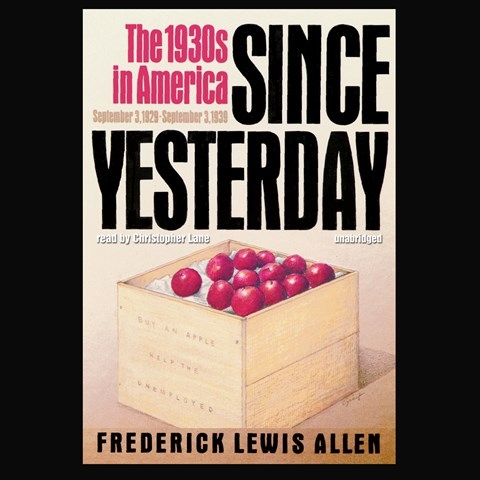 Allen’s scholarly study of the 1930’s ranges across subjects political, cultural and sociological. He unfolds a panorama of America trying to slough off the Great Depression and Prohibition while determinedly standing clear of a European war. One can scarcely imagine so much information outside of a twelve-volume history book. Lane uses the tone of documentary voice-overs. He’s straightforward and well paced throughout sentences that seem, at times, to last the decade they describe. His very few slips of (generally foreign) pronunciation are almost unnoticeable. Such a meticulous performance makes one take note that the human voice adds an element of real life often elusive in such historical overviews. S.B.S. ©AudioFile, Portland, Maine [Published: DEC 95]