Home»Reviews»A RAISIN IN THE SUN 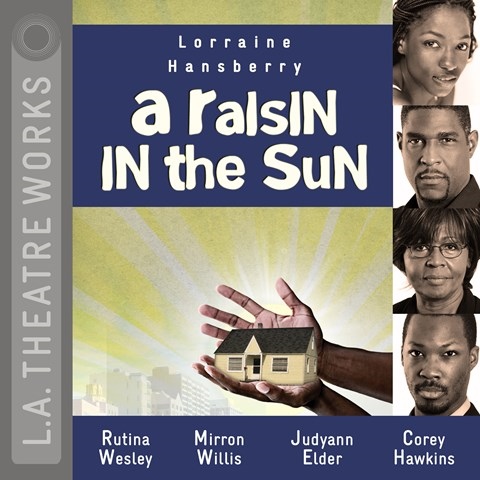 A RAISIN IN THE SUN

LA Theatre Works presents an immensely powerful production of Hansberry's 1959 groundbreaking play. The Youngers, an African-American family, struggle with their conflicting dreams and the realities of life in mid-twentieth-century Chicago. Confronting the prejudice of the white neighborhood where they want to move, the family pushes to break these barriers. Judyann Elder gives an inspiring performance of power and strength as the matriarch, Lena. Elder is finely tuned to the family members, and she gives listeners a real sense of the intimacy of these relationships. All the cast give full measure, and the arguments and verbal sparring are sharply delivered. The audio performance allows listeners to focus on Hansberry's writing. CLYBOURNE PARK, which won the 2011 Pulitzer Prize for Drama, was written in response to Hansberry's work, making this performance of the original even more valuable. R.F.W. 2012 Audies Winner © AudioFile 2011, Portland, Maine [Published: MAY 2011]