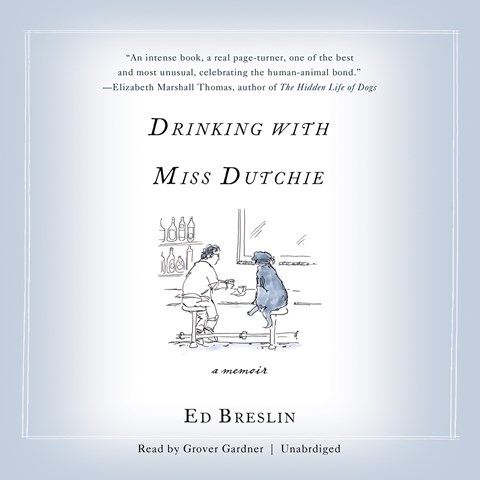 DRINKING WITH MISS DUTCHIE A Memoir

Biting the heads off the author’s wife’s tulips and defecating on him and on his manuscript—the Breslin Labrador pup was such a hellion that he tried to give her back. Then, of course, Miss Dutchie stole the Breslins’ hearts and minds. She “taught me more about life than any teacher I ever had,” Breslin writes, “and she never said a word.” Breslin is just the man to find those words. Grover Gardner narrates with the consummate skill of an AudioFile Golden Voice. The music of his baritone is enhanced by a little water in the mouth, as if Gardner, like the ancient orator Cicero, held a pebble under his tongue. B.H.C. © AudioFile 2011, Portland, Maine [Published: MAY 2011]