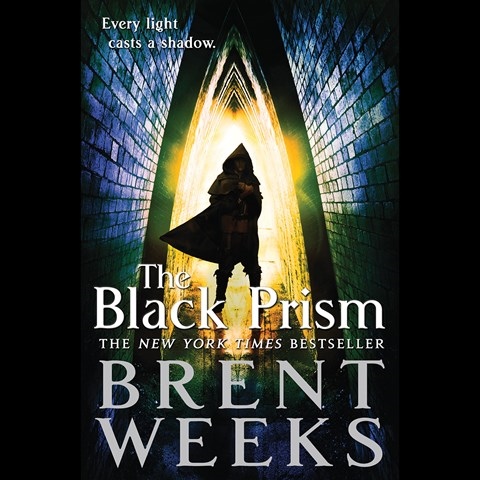 Weeks’s epic trilogy takes on added vibrancy as a fully loaded audiobook. With a deep—almost growling—voice, Richard Rohan grips listeners with his narration, and dynamic sound effects and a musical score further enhance the production. With no successor, the powerful Black Prism fears his approaching death, but the unexpected news that he has a son with his own magical powers gives him hope. Now he must journey to find the teenager and, at the same time, contend with the political machinations of his fellow mages. As an engaging adventure begins, fans will be eager for the full series. L.E. © AudioFile 2011, Portland, Maine [Published: MAY 2011]