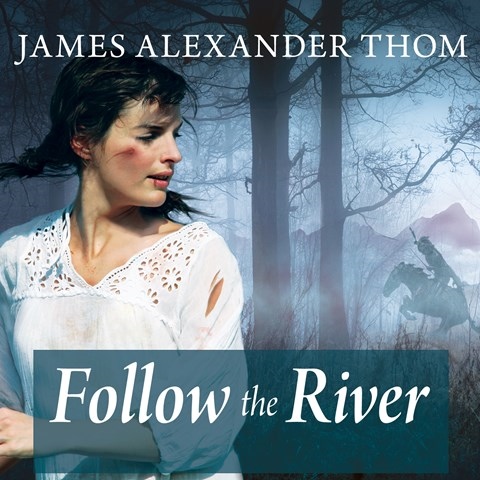 Through soft Irish lilts and heavy brogues as well as French and Dutch accents, David Drummond carries the listener back to rugged immigrant settlements of eighteenth-century America. From one such outpost, pregnant Mary Ingles, her children, and others are abducted by Shawnee Indians. Mary and another captive escape. One can hear increasing desperation and weakness in their voices as they battle hunger and their plight becomes more and more hopeless on the grueling slog back home. Drummond’s colorful rendering of pioneers, traders, and the Shawnee makes Thom’s powerful true story even more vivid. His use of tone, pitch, and vocal qualities do credit even to the dominant female characters. S.K.G. Winner of AudioFile Earphones Award, 2012 Audies Finalist © AudioFile 2011, Portland, Maine [Published: JULY 2011]