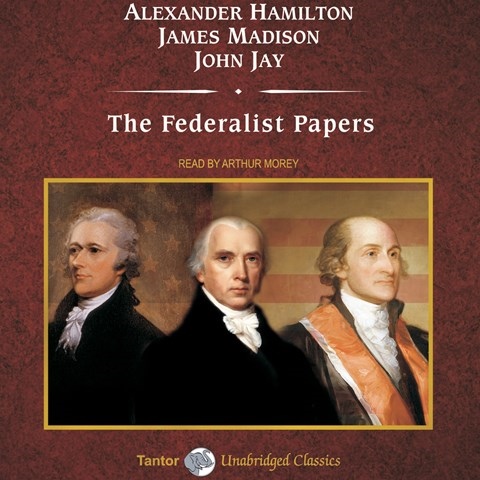 In 1787 and 1788, these articles argued, with great clarity and prescience, for the ratification of the Constitution and for a strong federal government—an issue debated in blood in the 1860s and still being debated today. Arthur Morey’s voice sounds a bit weak and strained—though he’s a precise and nimble reader, enunciating well and giving the sometimes difficult sentences emphasis and intonation that help convey their meaning. His reading might actually make the text more understandable except that—given the complex, formal language—it goes a bit too fast. Listeners not familiar with the Papers or with writing of the period may miss quite a bit and be left unsatisfied by an otherwise able reading of a difficult text. W.M. © AudioFile 2011, Portland, Maine [Published: JUNE 2011]