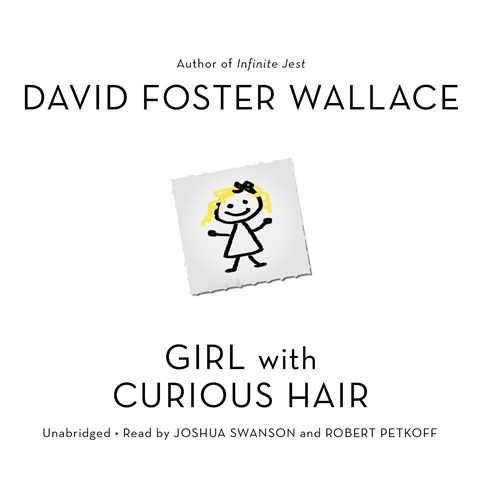 The complex, bizarre, cerebral, and massively ironic tales in this 1989 volume defy short summary. Let’s just say they justify the late author’s high regard among critics and academics. In this recording, the real achievement belongs to actors Joshua Swanson and Robert Petkoff. Despite their frequent mispronunciation of polysyllables, though one may quibble over some of their line readings, and while some of Wallace’s erudition escapes them, they merit applause for courage, commitment, and imagination. For instance, in the title story Swanson has the narrating character, a young, sadistic Republican, describe startling events with a measured detachment. And in Petkoff’s “John Billy,” the ungrammatical yet strangely eloquent narrating Oklahoman virtually canters through his lines. These are bold and personal choices that further animate a spirited text. Y.R. © AudioFile 2011, Portland, Maine [Published: APRIL 2011]