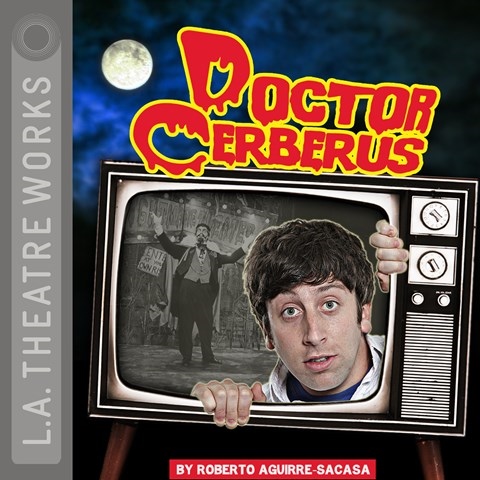 The first sounds one hears in this smart, brash, slightly twisted coming-of-age comedy are the wonderfully rinky-dink thunder and cheesy organ music of “The Saturday Night Horror Movie,” hosted by Dr. Cerberus, a local TV show that Franklin Robertson finds is the only sanity in his crazy world. Franklin, played with aplomb by Simon Helberg, is trying to navigate his adolescence in the face of dominating parents, a brother who is a jock, and an uncle with a secret. Like many outstanding contemporary stage plays, DOCTOR CERBERUS jumps from stand-up comedy to drama to breaking the fourth wall. L.A. Theatre Works once again captures the magic that happens between gifted performers and an appreciative audience. B.P. © AudioFile 2011, Portland, Maine [Published: OCTOBER 2011]