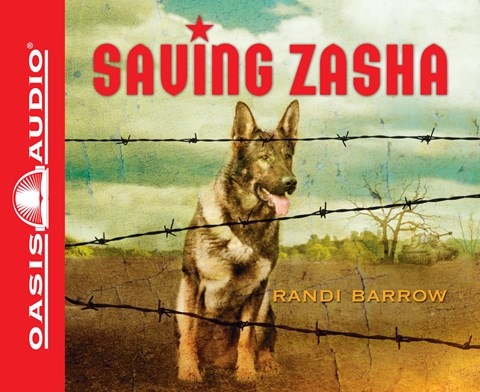 In tones crafted to delight the whole family, Roger Mueller presents the tale of Zasha, a beautiful German shepherd found by two boys in post-WWII Russia. The target of thieves and potential euthanasia because of her perceived German heritage, Zasha must be hidden from all except her family. Throughout the performance, Mueller employs a light accent meant to convey a Russian dialect. This deft touch keeps the listeners’ imaginations in that eastern European culture. At the same time, he maintains an upbeat and enthusiastic attitude throughout the story, subtly assuring his audience that a happy ending will ensue. Indeed it does, and listeners of all ages will be cheering for boys and dogs to the end. R.L.L. Winner of AudioFile Earphones Award © AudioFile 2011, Portland, Maine [Published: JANUARY 2011]