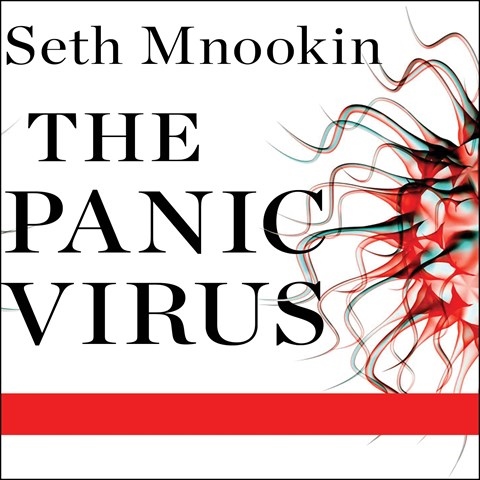 THE PANIC VIRUS A True Story of Medicine, Science, and Fear

Is the MMR vaccine responsible for autism? No, Seth Mnookin says in his look at the fears that still have many parents keeping their kids from being vaccinated. Dan John Miller has hints of anger and indignation in his voice as he delivers the author’s criticisms of Dr. Andrew Wakefield, the British scientist who first raised the question of vaccinations and autism (whose work is now discredited), as well as Oprah Winfrey, Jenny McCarthy, and other media figures involved in the scare. Miller can also be somber as he tells of a child's death, which Mnookin blames on the fear-mongering. At the same time, Mnookin discusses the history of both autism and vaccines, showing how concerns grew over the years. Mnookin's book has a strong message aimed at parents who are making decisions regarding their young children. J.A.S. © AudioFile 2011, Portland, Maine [Published: MAY 2011]