Home»Reviews»TWO YEARS BEFORE THE MAST 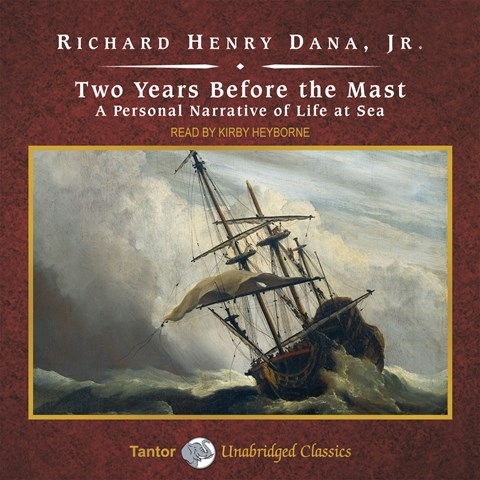 In 1834, the author left Harvard to become a common sailor bound from Boston, around Cape Horn, to California. His record of his experiences provides much detail about shipboard life at that time. As is typical of books about sailing ships, the technical vocabulary of the ship’s parts and the crew’s daily tasks finds little elaboration. However, Dana’s descriptions of shipboard life—food, work, and the captain—come in the English spoken in early-nineteenth-century Boston, which gives the story an authenticity that engages readers to this day. Narrator Kirby Heyborne reads in a soft voice some would find effete. For a hardened sailor, it wouldn’t fit, but Dana was young, college educated, and new to the sea, so Heyborne’s portrayal is spot-on. Many nautical terms aren’t pronounced as they’re spelled—for example, “forecastle” and “boatswain”—but Heyborne gets them all right. J.A.H. © AudioFile 2011, Portland, Maine [Published: APRIL 2011]