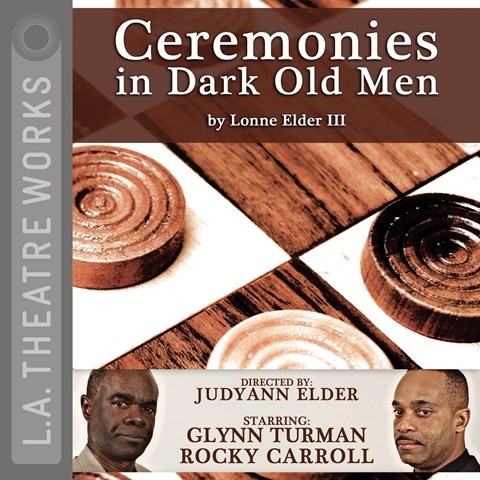 In this landmark tragedy of 1969, a struggling black family in Harlem is rudely awakened to the cost of their materialistic aspirations and value system. Fed up with laboring to support her father and two grown brothers, Adele shames them into action—stealing from neighborhood shops and bootlegging homemade hooch out of the father’s barbershop. L.A. Theatre Works’ audio production is not altogether successful. The stage business is gracelessly translated to sound, at times the cast plays too broadly for the intimacy of audio drama, and the script itself creaks now and then with conceits that the African-American theater has since outgrown. Even so, the cast’s commitment and fervor seduce the listener and shrink the faults to flyspecks. Y.R. © AudioFile 2011, Portland, Maine [Published: MAY 2011]