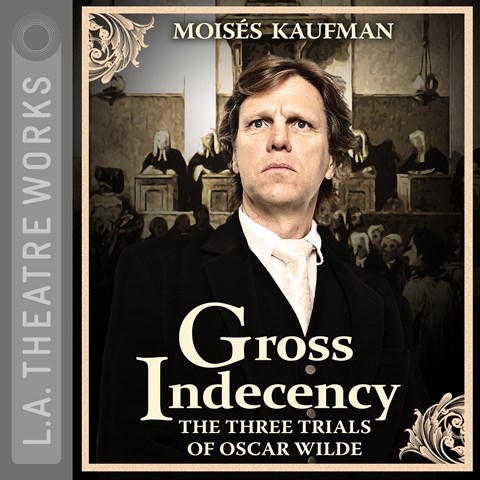 Through first-person accounts, newspaper stories, and trial records, we hear how the Marquis of Queensbury publicly revealed his son’s homosexual liaison with Wilde, after which the author unsuccessfully sued him for libel, setting off the chain of events that resulted in Wilde’s imprisonment, self-exile, and early death. This L.A. Theatre Works production boasts an exciting pace and a wonderful turn by Simon Templeman as Wilde. The script, however, lacks finesse, clumsily jumbling drama and documentary. The supporting performances are uneven. For those interested in the subject, this reviewer recommends the far superior TRIALS OF OSCAR WILDE that Martin Jarvis recorded a decade ago for CSA Word, in which he stunningly plays all the male roles. Y.R. © AudioFile 2011, Portland, Maine [Published: APRIL 2011]