Home»Reviews»DRUM-TAPS AND MEMORANDA DURING THE WAR 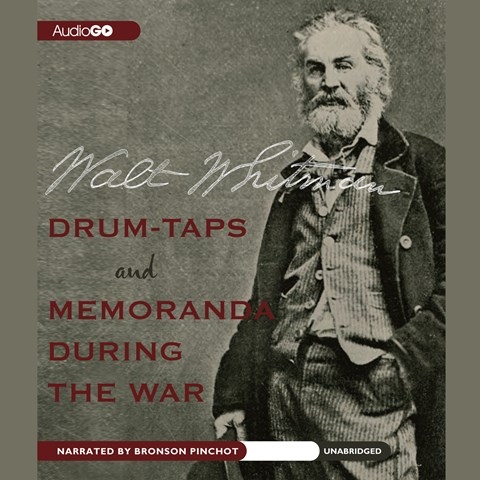 DRUM-TAPS AND MEMORANDA DURING THE WAR

Listening to this audiobook should remind us that it doesn’t matter which century or country we live in—war is indeed hell. In this case, we are talking about the author’s descriptions of field hospitals in Washington, DC, during the Civil War, but the horror and waste of humanity are achingly current. Narrator Bronson Pinchot makes an interesting and successful choice by reading in a deep, deliberate, mournful voice that takes some getting used to at the beginning of this short work. It’s not clear whether or not he’s actually trying to channel Whitman because Pinchot’s accent sounds faintly New England and Whitman was from New York. Nonetheless, he’s able to create an ethereal mood with his economical pronunciations and sharp diction. R.I.G. © AudioFile 2011, Portland, Maine [Published: MAY 2011]