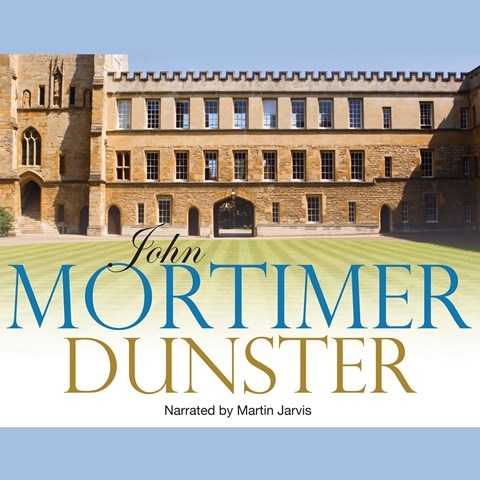 Martin Jarvis sounds long-suffering and bemused as Philip Progmire recounts the story of his puzzling relationship with Dick Dunster, a schoolmate and a most annoying fellow, capable of effortless insensitivity. Jarvis is witty and wry as he details how Dunster insinuates himself into Philip’s life, authors a terrible review of Philip’s drama club portrayal of HAMLET, and endures Philip’s decision to end their “friendship.” After years without contact between the two, Dunster reappears in the now middle-aged accountant’s dull life, proving more irritating than ever. Jarvis is outstanding as he highlights Dunster’s eventual seduction of Philip’s wife and accusation of war crimes against a man Philip admires, always hiding behind a façade of self-righteous honesty and integrity. Jarvis’s unpretentious performance enhances Mortimer’s subtle irony. S.J.H. © AudioFile 2011, Portland, Maine [Published: APRIL 2011]