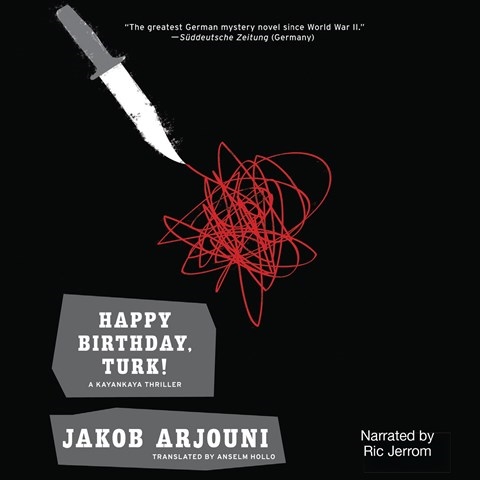 Frankfurt, Germany, in the 1970s is not a welcoming place for Turkish immigrants. A Turk murdered in the red-light district does not greatly concern the police. Enter PI Kemal Kayankaya, nicknamed "Turk," who is brash, gutsy, clever, violent, and a great mimic. Narrator Ric Jerrom characterizes Turk with skill as he begins a three-day investigation into the murder. Crooked cops, drug dealers, prostitutes, and frightened immigrants are all distinctly portrayed. Most fascinating is Turk's unconventional approach to detecting. Further, his reliance on a retired German cop creates an unlikely duo. Author Arjouni has written several other mysteries for those who enjoy this caper. S.G.B. © AudioFile 2011, Portland, Maine [Published: JUNE 2011]