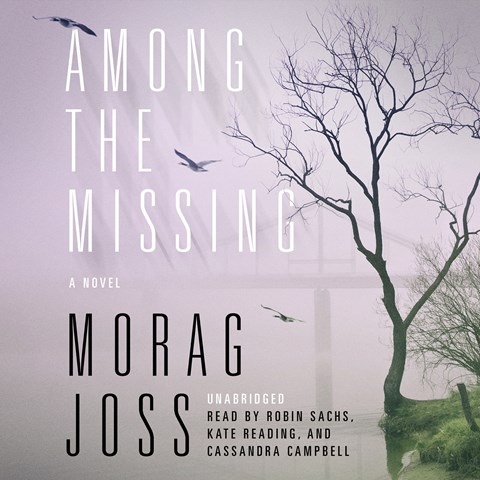 A bridge collapse in Scotland brings three strangers together, and listeners will care deeply about each of them. Robin Sachs offers a gruff, guilt-ridden Ron, a former bus driver who once served prison time for his involvement in a fatal accident. Sachs is gravelly or velvet-voiced, strong or uncertain as needed. Kate Reading’s deep, cultured tones ring with truth and intelligence. She provides a coolly introspective portrayal of Annabel, a 41-year-old newlywed whose unexpected pregnancy causes a rift with her new husband. Cassandra Campbell’s bright and lively Silva, an illegal from a repressive European regime, brings an aching poignancy to the character, a young mother who waits for her husband and baby to return. Insightful prose and inspired performances make this psychological thriller about second chances worthwhile listening. S.J.H. Winner of AudioFile Earphones Award © AudioFile 2011, Portland, Maine [Published: SEPTEMBER 2011]