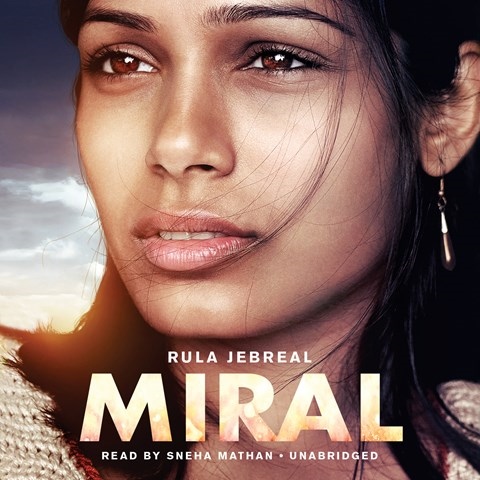 Sneha Mathan is a well-chosen narrator for this epic tale of love growing apace with political instability and injustice in Jerusalem. Mathan’s ability to convey strong female characters is central to enjoying the two female protagonists in this emotional coming-of-age story as one of them, a young woman named Miral, wrestles with choosing between nonviolence and insurgent action against the wishes of her family. A precise cadence, in an accent not exactly British or American, is the narrator’s trademark feature in this reading as she traces the lives of two very different women against a backdrop of escalating political conflict. M.R. © AudioFile 2011, Portland, Maine [Published: AUGUST 2011]