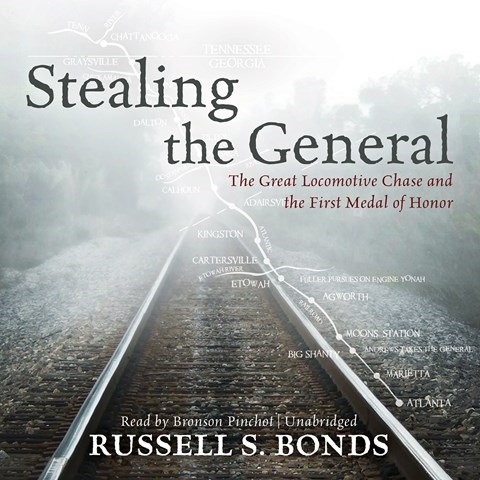 A year after the Civil War began, a Union spy and 19 infantry followers stole a train engine, THE GENERAL, and made their way north, cutting telegraph lines and destroying tracks. Some of the perpetrators were captured and hanged, but six of the hijackers were the first to earn the Medal of Honor. This book is the first comprehensive account of this episode. Narrator Bronson Pinchot has a classy, deep voice that is both subtle and compelling. His diction is impeccable, and he raises and lowers his pitch to create dramatic tension. The best part of Pinchot’s performance is that it’s seemingly effortless: He reads; we listen to a terrific story. Books don’t get much better than that. R.I.G. © AudioFile 2011, Portland, Maine [Published: SEPTEMBER 2011]