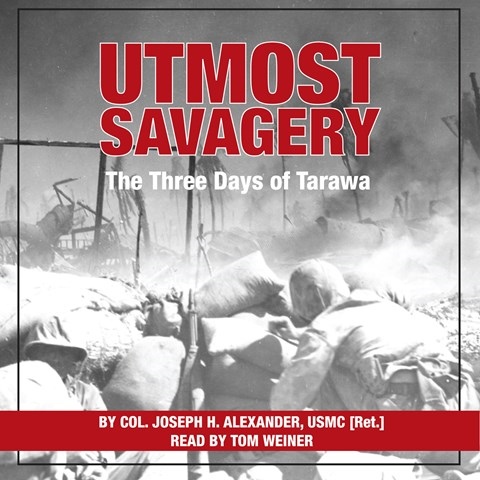 The Battle of Tarawa was one of the most intense in the Pacific campaign of 1943. A thousand U.S. Marines died, and 2,300 more were wounded in the 72 hours it took to secure the tiny atoll from its Japanese garrison. Col. Alexander’s account of the battle is meticulously researched and definitive, though it suffers from an excess of jargon and a flurry of acronyms that become awkward in the audio format. Tom Weiner’s narration is detached and fast paced to the point of being rushed. All in all, the production often focuses more on the generals and their strategies than on the men who were enduring the bloody hell of war. D.B. © AudioFile 2011, Portland, Maine [Published: APRIL 2011]