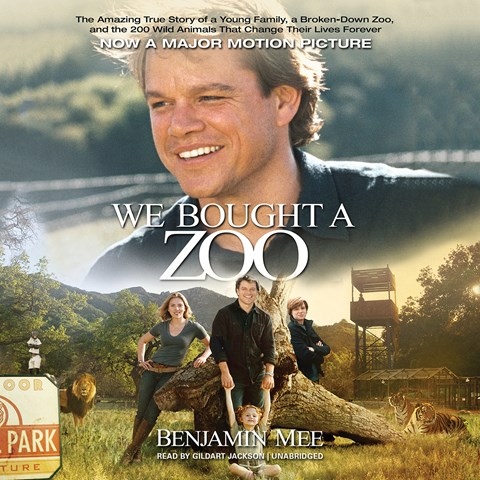 WE BOUGHT A ZOO The Amazing True Story of a Young Family, a Broken Down Zoo, and the 200 Wild Animals That Change Their Lives Forever

Not many families would do what Benjamin Mee's did when they made the decision to purchase a run-down zoo in southwestern England, even though neither he, his siblings, nor his mother had any experience in running a zoo. This is a story of two parts: Gildart Jackson provides a convincing narration of the British Mee. Jackson’s tone is droll and full of wonder as he recounts the funny anecdotes of learning to manage the details of running a zoo, from the mundane to the extraordinary. Jackson’s voice becomes subdued when the story turns to Mee's wife, Katherine's, brain cancer and her subsequent death during the course of purchasing and setting up the zoo. Jackson does a fine job of portraying Mee and his children's struggle to come to terms with the loss of Katherine while adjusting to their new surroundings. S.E.G. © AudioFile 2011, Portland, Maine [Published: SEPTEMBER 2011]