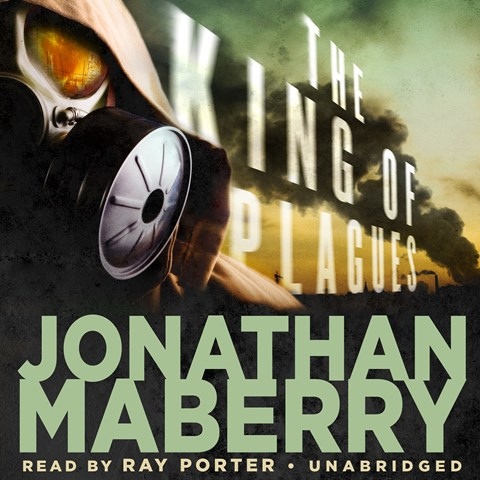 THE KING OF PLAGUES A Joe Ledger Novel

Book 3 of the Joe Ledger series opens with the bombing of the Royal London Hospital, a tragedy that kills more than 4,000 people. Ledger, an American investigator with the covert Department of Military Science, is brought to London to help the SAS fight a terrorist group that calls itself the Seven Kings. Gruesome details of bloodcurdling murders are interspersed with details of the complicated investigation. Ray Porter’s controlled reading is characterized by carefully enunciated words and a mix of accents. As the Seven Kings unleash more of their fanaticism, Porter succeeds in ratcheting up the tension. Proceed with extreme caution. M.B.K. © AudioFile 2011, Portland, Maine [Published: JULY 2011]