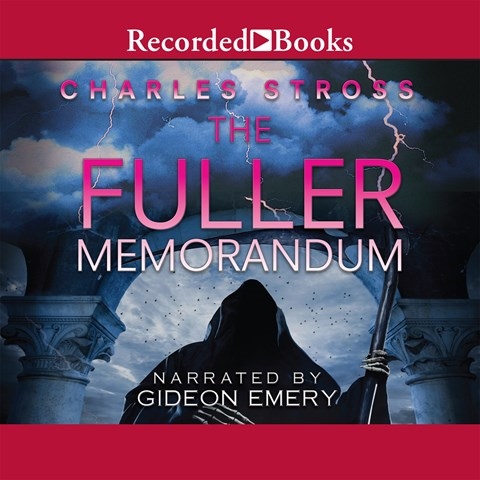 The third installment in the Laundry Files, which spoofs spy thrillers, will be richer for having read the earlier books. Bob Howard is placed in an untenable position when his boss disappears and a top-secret file goes missing. Bob is an agent in a branch of the British intelligence service, the Laundry, which goes after magical threats: demons and the like. Gideon Emery is an engaging narrator who makes Howard a down-to-earth spy with moments of introspection and nonviolent tendencies. Emery’s offhand manner keeps the narration light even when bad events happen. He rides with the tongue-in-cheek humor without overdoing it. J.E.M. © AudioFile 2011, Portland, Maine [Published: JUNE 2011]