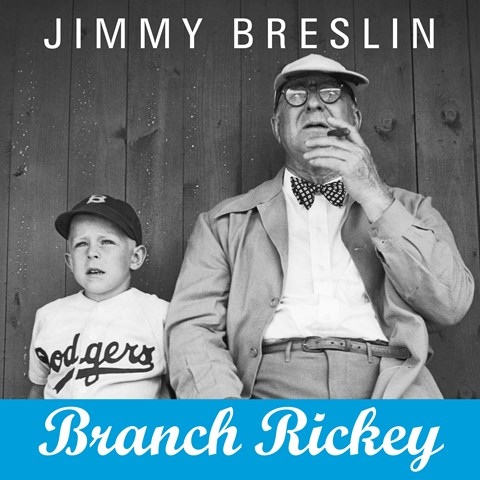 Major League Baseball executive Branch Rickey was one of the most pivotal figures in baseball history. New York journalist Jimmy Breslin’s brief biography details the life of a man whose accomplishments and groundbreaking spirit led him to sign Jackie Robinson, who broke the long-standing color barrier in the Major League. Rickey brought in other minority players as well. Dick Hill delivers a gritty, enthusiastic account of Rickey’s roots and successes, covering his life in baseball and his strong Christian principles. More could have been written—more has been written—but Breslin culls the important nuggets from Rickey’s life, and Hill shapes them. Together they craft the story of one of baseball’s vanguards. M.B. © AudioFile 2011, Portland, Maine [Published: JUNE 2011]