Home»Reviews»HOW THE WEST WAS LOST 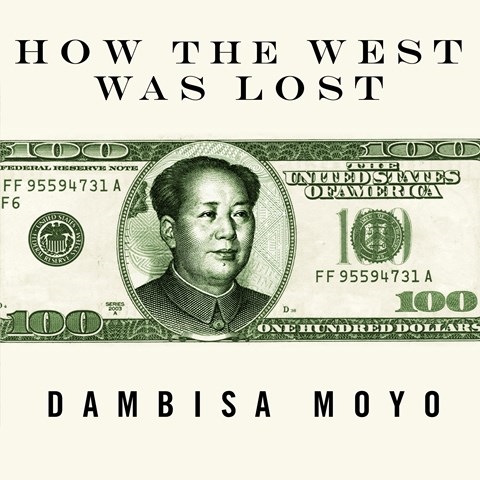 Anne Flosnik narrates Moyo’s exploration of the economic, political, and military supremacy of the West, particularly the United States, and how 50 years of flawed economic policy have led to the squandering of that position. At first, Anne Flosnik seems like an odd choice as narrator as she is more well known for her work in fiction. But she applies her signature posh British accent to Moyo’s work. Her competent, mostly straight delivery uses a slightly deeper voice for quotations. However, some of the financial calculations and explanations Moyo puts forth in her argument can be difficult to follow aurally. In the end, Moyo posits that without radical change, Russia, Asia, and the Middle East will overtake the West economically. E.N. © AudioFile 2011, Portland, Maine [Published: OCTOBER 2011]