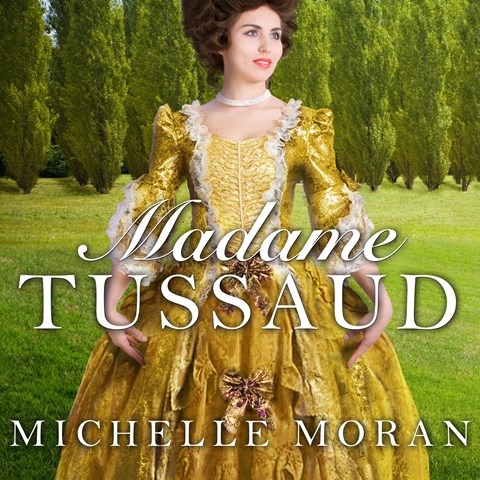 MADAME TUSSAUD A Novel of the French Revolution

Moran’s historical novel evokes the dangers and passions of the French Revolution with vivid scenes of the royal court and the bloody streets. The story is told from the point of view of Marie Grosholtz, whom we know better as the famous wax sculptress Madame Tussaud. Through her eyes, we observe royalty, hear the songs of the revolutionaries, and witness the horrors of the Reign of Terror. Rosalyn Landor’s depiction emphasizes Marie’s strength and likability, ensuring that we are sympathetic to the heroine’s hopes, ambitions, and fears during a tumultuous time. While male voices present some challenge for Landor, the voice we care about is that of the enterprising sculptress in the Salon de Cire. Her story is elegantly told. D.L.G. Winner of AudioFile Earphones Award © AudioFile 2011, Portland, Maine [Published: APRIL 2011]