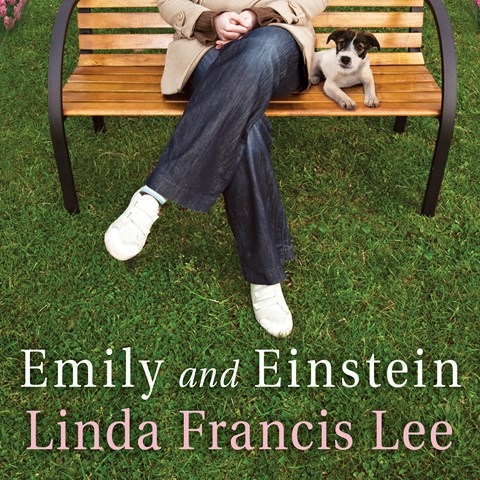 The best thing about this predictable novel is the clever performances by Dan John Miller and Cassandra Campbell. Miller employs a suitably smooth, arrogant tone for Sandy, a rich and shallow New Yorker who is about to ask his wife, Emily, for a divorce when he’s hit by a car and killed. Much to his humiliation, Sandy finds himself in the body of an ugly dog named Einstein and is charged with making amends. Campbell’s Emily is more appealing. Emily is shocked to discover that her husband wasn’t an honorable man. Campbell creates multiple characters, including Emily's seductively voiced but bullying boss, Titania; her wild and unpredictable younger sister, Jordan; and her upper-class mother-in-law, who wants to evict Emily from her home. A fluffy novel is vastly improved by appealing narrators. A.B. 2012 Audies Finalist © AudioFile 2012, Portland, Maine [Published: APRIL 2012]