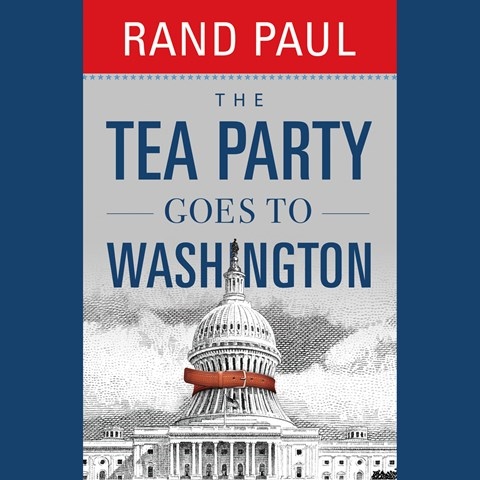 THE TEA PARTY GOES TO WASHINGTON

Kentucky ophthalmologist and now Republican Senator Rand Paul presents a cogent, if dry, autobiography. He then expounds upon constitutional conservatism as expressed in the “open-mike” environment of the Tea Party. That populist party has evolved into a viable source of thought-provoking and sometimes quite successful political candidates. While the book provides a history of the Tea Party movement and why it may endure, Ric Reitz’s reading is pedestrian, awkwardly phrased, and less than engaging. His tone does not vary throughout, and he provides no vocal characterizations. Still, libertarians and those who are interested in the movement will find the author’s thoughtful and well-researched ideas expansive and enlightening. W.A.G. © AudioFile 2011, Portland, Maine [Published: MAY 2011]