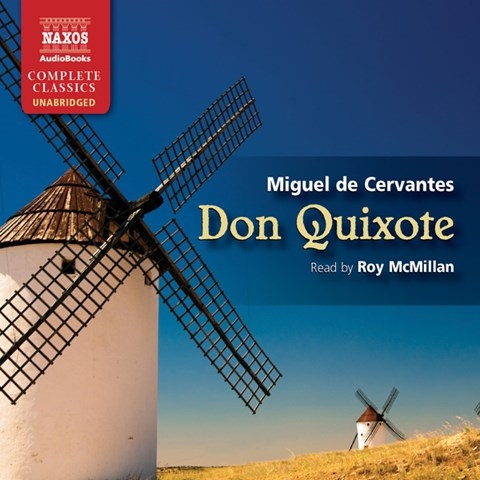 First published in 1605 and 1615 in two volumes, DON QUIXOTE is a tale of reinvention and the romantic imagination. Roy McMillan delivers it quickly and crisply, an approach that allows the listener to focus on its humor. Upon his retirement, Don Quixote takes on the life of the heroes of old and becomes a wandering knight. As he searches for adventure and opportunities to carry out chivalrous deeds, he finds them—mostly in his own imagination. The locals think he’s lost his mind as he travels the countryside on his skinny horse, tilting at windmills and chasing sheep. McMillan’s light British accent gives way to lilting Spanish phrases as he charms listeners with mistaken identities, convoluted reasoning, and melodious verses. Cervantes’s canonical tale of personal honor lives on in McMillan’s energetic performance. M.B.K © AudioFile 2011, Portland, Maine [Published: AUGUST 2011]