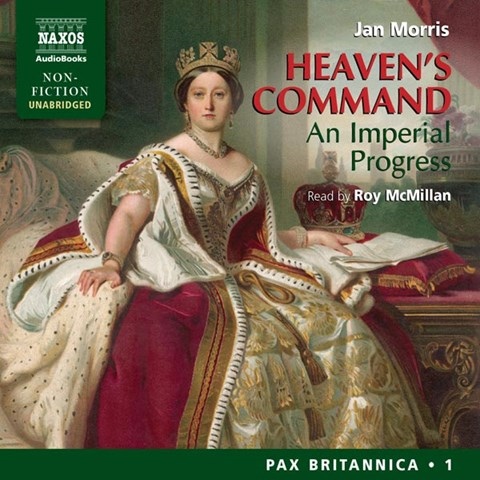 Roy McMillan narrates this sprawling history of the British Empire during the reign of Queen Victoria (1837-1897). Morris fills this study with small details and sweeping discussions of all the lands of the empire on which the sun never set. With warm, fluid tones, McMillan’s voice takes the listener to small and large cities around the world. The material is organized around a series of vignettes that bring the period to life, and colorful descriptions capture one’s attention. McMillan uses subtle modulations of voice when delivering direct quotations and interrupts his narration to include all the footnotes, which are digressions and authorial comments rather than explanations. HEAVEN'S COMMAND is the first of the three audiobook volumes in Morris’s Pax Britannica. M.B.K. © AudioFile 2011, Portland, Maine [Published: NOVEMBER 2011]