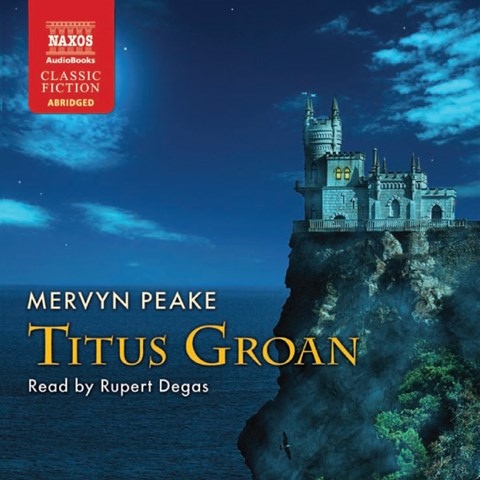 Enter the world of Gormenghast—a vast, meandering city reminiscent of London or Byzantium. New to U.S. audiences, Peake's trilogy, aired on BBC Television in 2000, created a cult following in the UK. Rupert Degas acts out all the parts of this gothic novel with extreme characterizations, based on the BBC show, contrasted with lengthy spates of narrative. On the day Titus, 77th Earl of Gormenghast, is born, a young upstart named Steerpike escapes his hereditary kitchen job to change his life and fortunes. Steerpike encounters many characters, who get bold treatment from narrator Degas. The thick accents and dialogue take some getting used to, especially in the early scenes. Nonetheless, Gormenghast fans will love Degas’s performance. M.B.K. © AudioFile 2011, Portland, Maine [Published: DECEMBER 2011]