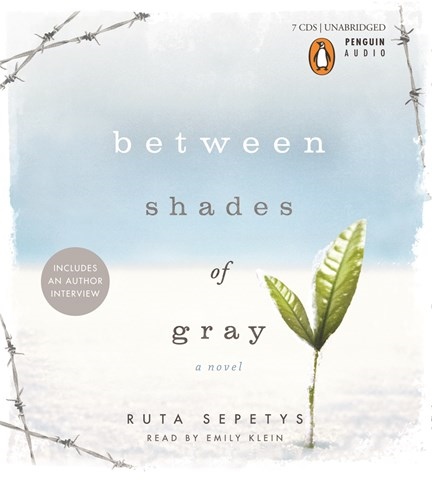 BETWEEN SHADES OF GRAY

Emily Klein quickly convinces listeners of the harsh reality and perceptive viewpoint of Lina, an artistic 15-year-old Lithuanian. Klein’s evocative inflections mirror Lina’s family’s confusion and fear as they’re woken by Stalin’s soldiers and loaded onto cattle cars labeled “Thieves and Prostitutes,” which are headed to a labor camp in Siberia. Klein doesn’t hold back from the story’s intensity—portraying the brutality, filth, bitter cold, and sometimes brief tenderness that buoys Lina, giving her the resilience to record all she sees with her art, hoping that one day it tells the story she can’t. Relief comes as well in the well-drawn, well-acted vignettes of Lina’s formerly happy life in Lithuania. Klein also draws credible portraits of Lina’s mother, brother, and fellow prisoners. An author’s note strengthens this little-known part of history. S.W. Winner of AudioFile Earphones Award © AudioFile 2011, Portland, Maine [Published: APRIL 2011]