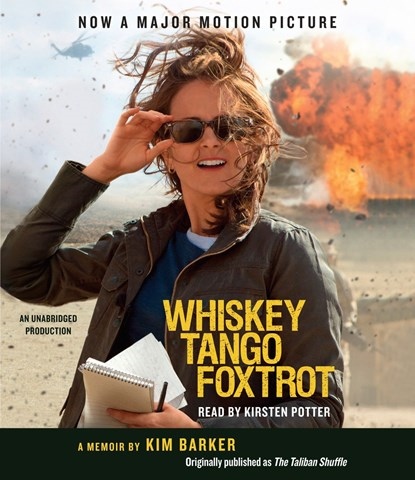 THE TALIBAN SHUFFLE Strange Days in Afghanistan and Pakistan

Barker offers an insider's account of the "forgotten war" in Afghanistan and Pakistan as she chronicles the years after the initial routing of the Taliban by the U.S. Narrator Kirsten Potter captures the author’s sarcastic tone perfectly in this candid and darkly comic account of Barker's experience as the South Asia bureau chief for the CHICAGO TRIBUNE from 2004 to 2009. Barker is candid, self-deprecating, and hilarious as she details her arrival in Afghanistan as an awkward newcomer. There she grows into a wisecracking, seasoned reporter with grave concerns about the ability of the West to win hearts and minds in the region. Swift, funny, and wholly original, Barker’s account unforgettably captures the absurdities and tragedies of life in a war zone. B.C.E. © AudioFile 2011, Portland, Maine [Published: JUNE 2011]