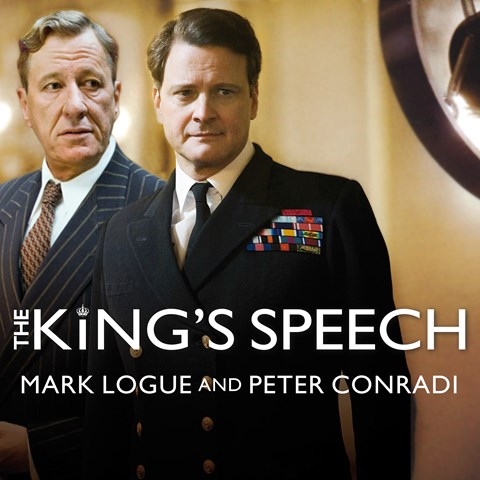 THE KING'S SPEECH How One Man Saved the British Monarchy

This stellar audio production of the book that preceded the Oscar-winning film THE KING’S SPEECH is a must-listen for historians, gossips, royalists, colonialists, and everyone else. The audio begins with something the book can’t offer—a recording of King George VI’s actual wartime speech. It’s an atmospheric introduction to the story of two different men who become essential to each other and to Britain. An extrovert Australian vocal coach who helped create modern speech therapy and a shy, stammering Duke transformed into a fine and fluent monarch—Simon Vance inhabits them subtly, shading character with accent, tone, and pace. He also propels the plot by reading with the verve of fiction while keeping his narration behind the words. A captivating and exemplary performance. A.C.S. Winner of AudioFile Earphones Award, 2012 Audies Winner © AudioFile 2011, Portland, Maine [Published: MARCH 2011]