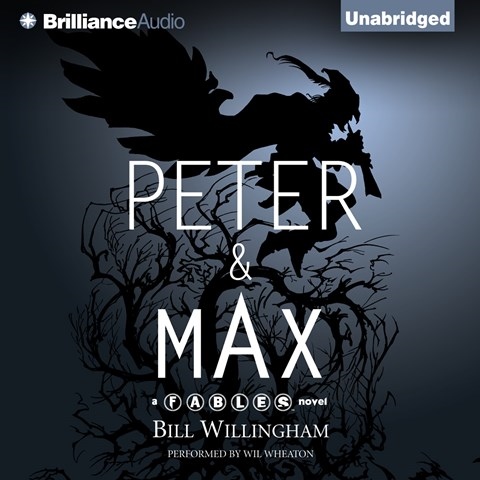 In this book based on a comic book series known as Fables, Peter Piper and his older brother, Max, experience events that bring them to a community in New York known as Fabletown. There they find ageless folk and fairy-tale characters who fled their homelands because of an evil conqueror. Each of them has a story. Wil Wheaton is an animated narrator who speaks directly to the listener like a storyteller at a country fair. He’s excited about the tales he has to tell and expects the listener will be, too. His friendly manner moves the narrative passages along steadily, and his pace and intensity swell and diminish with the flow of the action. J.E.M. 2011 Audies Finalist © AudioFile 2011, Portland, Maine [Published: MARCH 2011]