Home»Reviews»THE CONSCIENCE OF A CONSERVATIVE 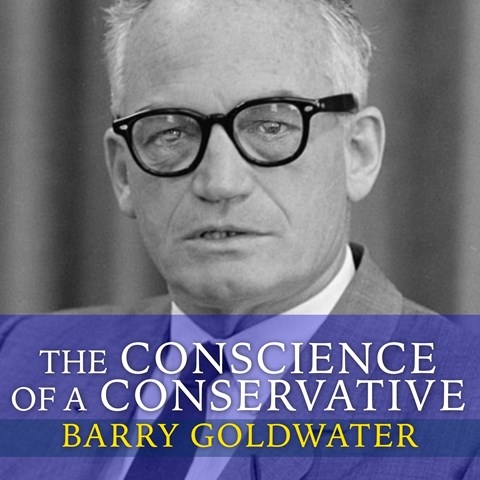 THE CONSCIENCE OF A CONSERVATIVE

Goldwater laid out his conservative views in this work, published four years before his unsuccessful bid for the presidency in 1964. In it he expounds upon issues such as states’ rights, civil rights, taxes, and national budget deficits, many of which can be found in today’s headlines and blogs. Johnny Heller’s workmanlike narration, lacking vocal variation, does not enliven what is essentially a philosophical treatise in support of freedom as our nation’s most important value. Though Heller’s timing, pacing, and precise diction are well done, it’s still difficult for the listener to stay focused. Social conservatives and those who wish to better understand them will benefit by this book, but listening to it proves to be a challenge. W.A.G. © AudioFile 2011, Portland, Maine [Published: JUNE 2011]