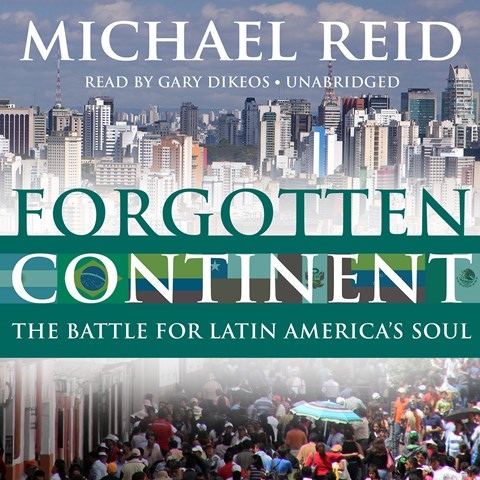 Narrator Gary Dikeos has a deep voice that lends an authoritative tone to this well-researched book. Although Latin America has 500 million people and is the closest southern neighbor to the U.S., our attitudes and policies toward this region usually take a backseat to Europe and Asia. The author’s argument is that Latin America is an awakening giant that could overtake the U.S. in many economic areas by the middle of the century. Dikeos narrates slowly and assuredly and has crystal-clear diction in both English and Spanish. His success in transforming the author’s intent into a vivid audio performance makes what could have been just another lament about Latin America into a compelling story. R.I.G. © AudioFile 2011, Portland, Maine [Published: OCTOBER 2011]