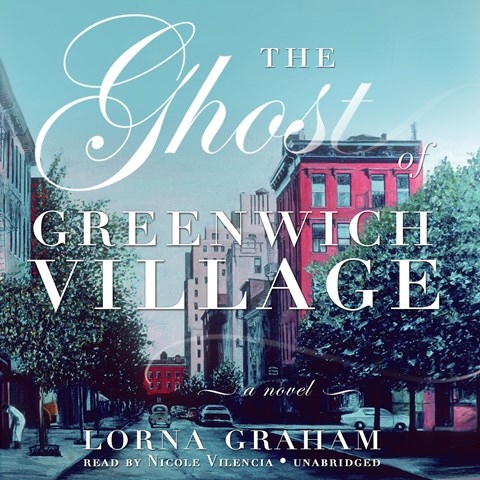 THE GHOST OF GREENWICH VILLAGE

Eve, a newcomer to the Big Apple, finds her Greenwich Village apartment comes fully equipped with the ghost of Donald, a beatnik writer who lived, and died, in the apartment. Now he’s found a comfortable niche in a corner of Eve’s head. Nicole Vilencia’s enthusiastic reading captures just the right smart-alecky tone for Eve. However, Vilencia’s mispronunciations are distracting, her foreign accents don’t work, and none of her New Yorkers sound like New Yorkers. That said, she has an engaging voice and an upbeat attitude. As Eve tries to make it in Manhattan, dealing with Donald, a new job, a new puppy, and new romantic possibilities, Vilencia’s narration adds a pleasant insouciance to Lorna Graham’s imaginative novel. S.J.H. © AudioFile 2011, Portland, Maine [Published: SEPTEMBER 2011]