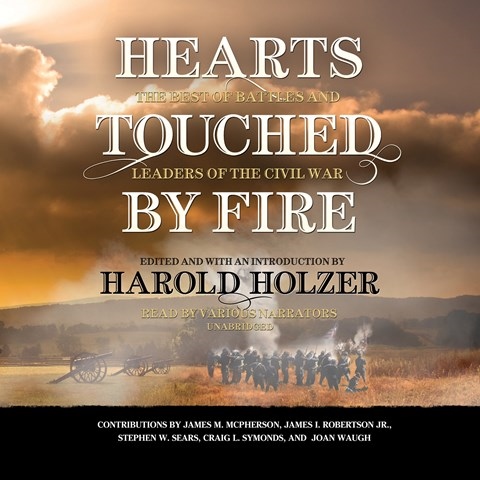 This long program is the “best of” a collection of firsthand war reminiscences published in the 1880s. Grover Gardner is the lead and standout in a repertory of experienced and mostly capable narrators. They’re usually both clear and engaging, lending vitality to the text through intonation and pacing. Some occasionally apply artificial or repetitive patterns of intonation rather than letting the text lead the way—such as Robin Field, who makes a weak and unconvincing Grant. The lack of maps is keenly felt, and those who are not Civil War buffs may find themselves bewildered by the fog of officers’ names, troop movements, and topographical features. But overall, this is a strong, listenable production of a mammoth and notable work. W.M. © AudioFile 2011, Portland, Maine [Published: NOVEMBER 2011]