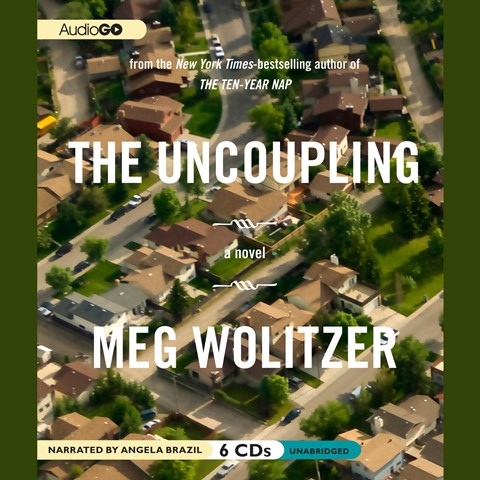 What would happen in your town if all the women and girls stopped having anything physical to do with the men and boys? Aristophanes posed that question in LYSISTRATA. Here Wolitzer does the same in this warmhearted comedy about married love, young romance, and sex with and without magic. Angela Brazil’s mellow voice perfectly sets the stage as the new drama teacher at Eleanor Roosevelt High chooses LYSISTRATA for the school play, and marriages and affairs all over Stellar Plains, New Jersey, suddenly go haywire. With apparently effortless vocal technique Brazil portrays men filled with longing, women suddenly adamantine, teenage girls abruptly ceasing to lust, and their boyfriends crushed and maddened. This is a gentle and smart fable, given a performance to match. B.G. © AudioFile 2011, Portland, Maine [Published: JUNE 2011]