Home»Reviews»SHERLOCK HOLMES AND THE GHOSTS OF BLY 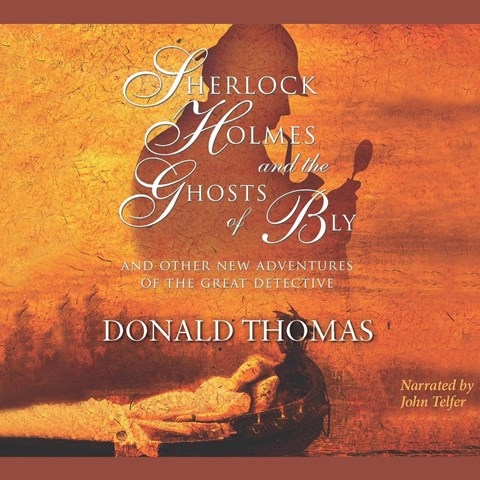 Creating a series of short stories based on Sherlock Holmes is a risky endeavor. Fortunately, Donald Thomas has succeeded, and the excellent narration of John Telfer adds to his success and to listeners’ pleasure. Holmes is called upon by his brother, Mycroft, to assist with a problem at a Royal Navy prep school. Holmes movingly deals with an underprivileged boy and the cruel and snobbish headmaster. Snippets of humor and Holmes lore, as well as the character of Dr. Watson, add to the joy of these new adventures. A tale in which Holmes and Watson attend a séance adds to the authenticity of the stories since Sir Arthur Conan Doyle was a serious believer in the occult. Telfer skillfully keeps listeners in the time and place for a satisfying dose of Victoriana and detection. S.G.B. © AudioFile 2011, Portland, Maine [Published: AUGUST 2011]