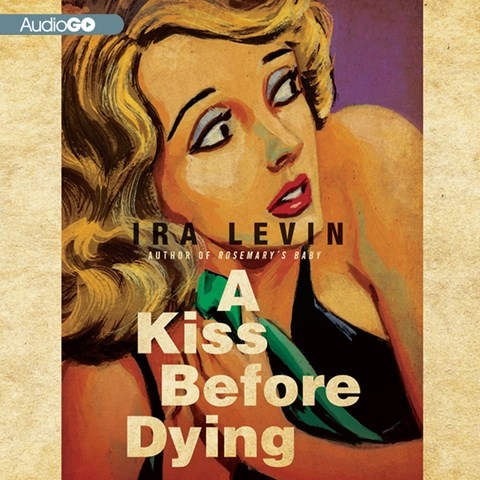 A KISS BEFORE DYING

This 1953 murder mystery could have been written yesterday. It's a unique, intelligent novel that dares to evolve beyond a whodunit into a thoughtful journey into the mind of a sociopath. Narrator Mauro Hantman skillfully performs, gracefully slipping from character to character so perfectly that the listener is never lost. Author Ira Levin, who also wrote ROSEMARY'S BABY and THE BOYS FROM BRAZIL, shows an astounding ability to craft a portrait of a man who is determined to marry into wealth—no matter how many sisters he has to kill. Levin cleverly tosses in a few curves about the identity of the killer, which Hantman does not betray. There's an ease to Hantman's performing style that gently leads the listener along until—BAM!—things get crazy. Hantman maintains complete control. M.S. 2012 Audies Finalist © AudioFile 2011, Portland, Maine [Published: JULY 2011]