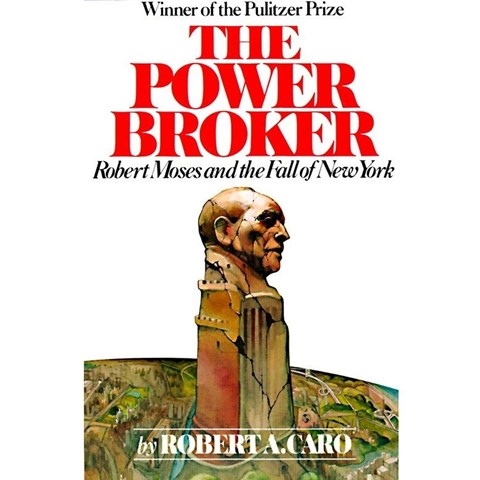 THE POWER BROKER Robert Moses and the Fall of New York

by Robert A. Caro | Read by Robertson Dean

Kudos to Random House Audio for resurrecting one of the most compelling, passionate, and comprehensive political biographies of the twentieth century. First published in 1974, before the author began writing about LBJ, this meticulously researched work recounts the life of Robert Moses—the man who imagined and built modern New York’s roads, bridges, and parks between 1915 and 1968. The book doubles as a political history of New York, the city and the state, from the days of Al Smith to those of John V. Lindsey. Robertson Dean’s deep, warm voice is pleasant and easy to follow. At 66 hours, this may be one of the longest audiobooks ever. Dean's delivery and Caro’s vivid descriptions and unabashed horror at much of what Moses wrought will keep listeners engaged. F.C. © AudioFile 2011, Portland, Maine [Published: JULY 2011]