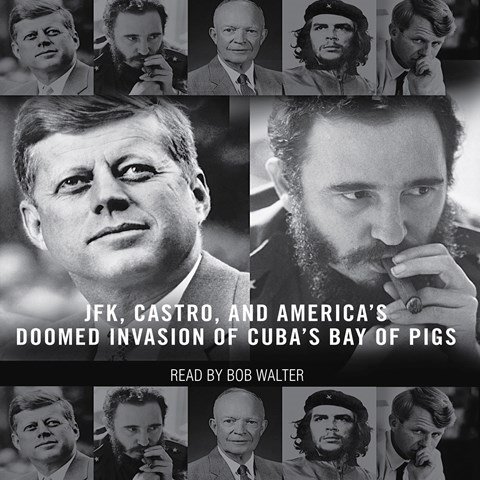 This is an excellent book, well narrated. Rasenberger’s history starts with the roots of tension between Castro’s Cuba and the United States and covers Castro’s extraordinary trips to the U.S. in 1959 and 1960, the lead-up to the Bay of Pigs invasion, the desperate battle itself, and its lengthy aftermath. Bob Walter’s deep, clear, perfectly measured voice draws listeners into the now-almost-forgotten world of the Cold War and John F. Kennedy’s New Frontier. The story line is compelling and easy to follow. The characters are colorful and articulate. Rasenberger is extraordinarily fair-minded in his treatment of this emotionally charged disaster. The writer’s style and the narrator’s voice complement each other exceptionally well. F.C. © AudioFile 2011, Portland, Maine [Published: SEPTEMBER 2011]